King of the Beach

About King of the Beach

King of the Beach was a game made during the Brain's Eden Game Jam 2014 in Cambridge. It is a two-player co-operative bullet hell game in the vein of Ikaruga. Players each control two crabs of one color (orange or blue) and need to catch bullets of their own color (and avoid the other ones). One crab is directly underneath the player's finger, but the other one mirrors the first on the other side of the tablet.

It is the kind of game you typically only work on during Game Jams. We had a lot of fun working on making the game as ridiculous as possible. During the project I mostly worked on the character behaviour, the controls, and the game loop as well as small effects. The game went on to win the Brain's Eden BE.Mobile competition. 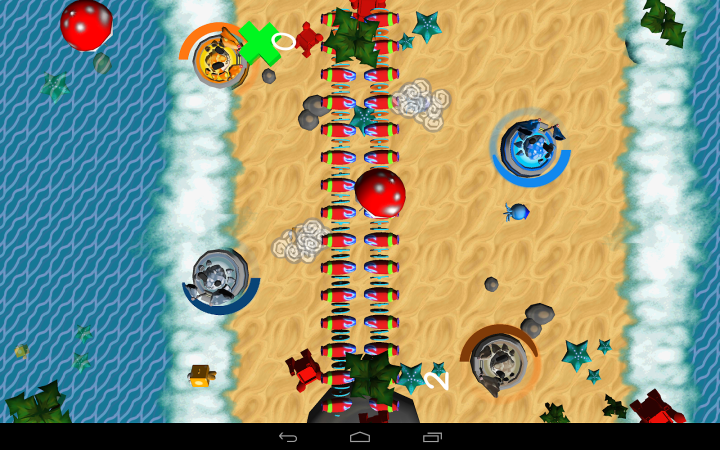 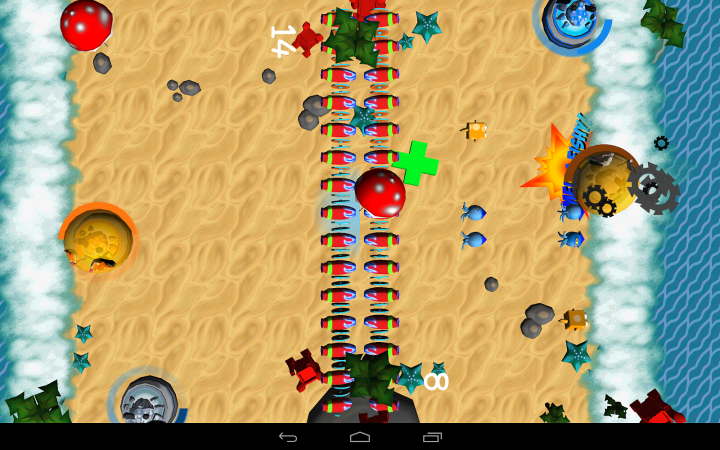 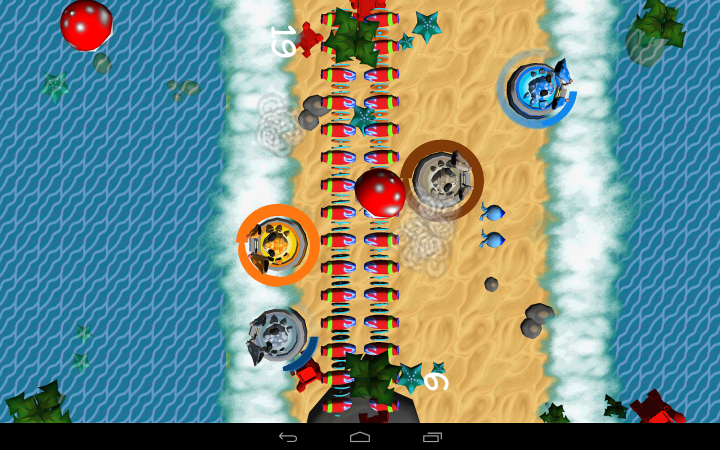