This plugin was developed as part of my specialisation. The goal was to create a level editor pluging for Unreal 4 with procedural elements. I was interested in seeing how procedural content generation and hand-authored level design could work together. To me, the best way to approach this was to embed the procedural generation in a level editor.

At the time, Unreal 4 was still very new. There was not a lot of documentation on developing plugins or working with the UI. This presented some challenges as some of the functionality I required (such as displaying and editing the tilemap) were not analogous with any existing plugins. By going into the Unreal 4 editor code I managed to find the elements I needed. 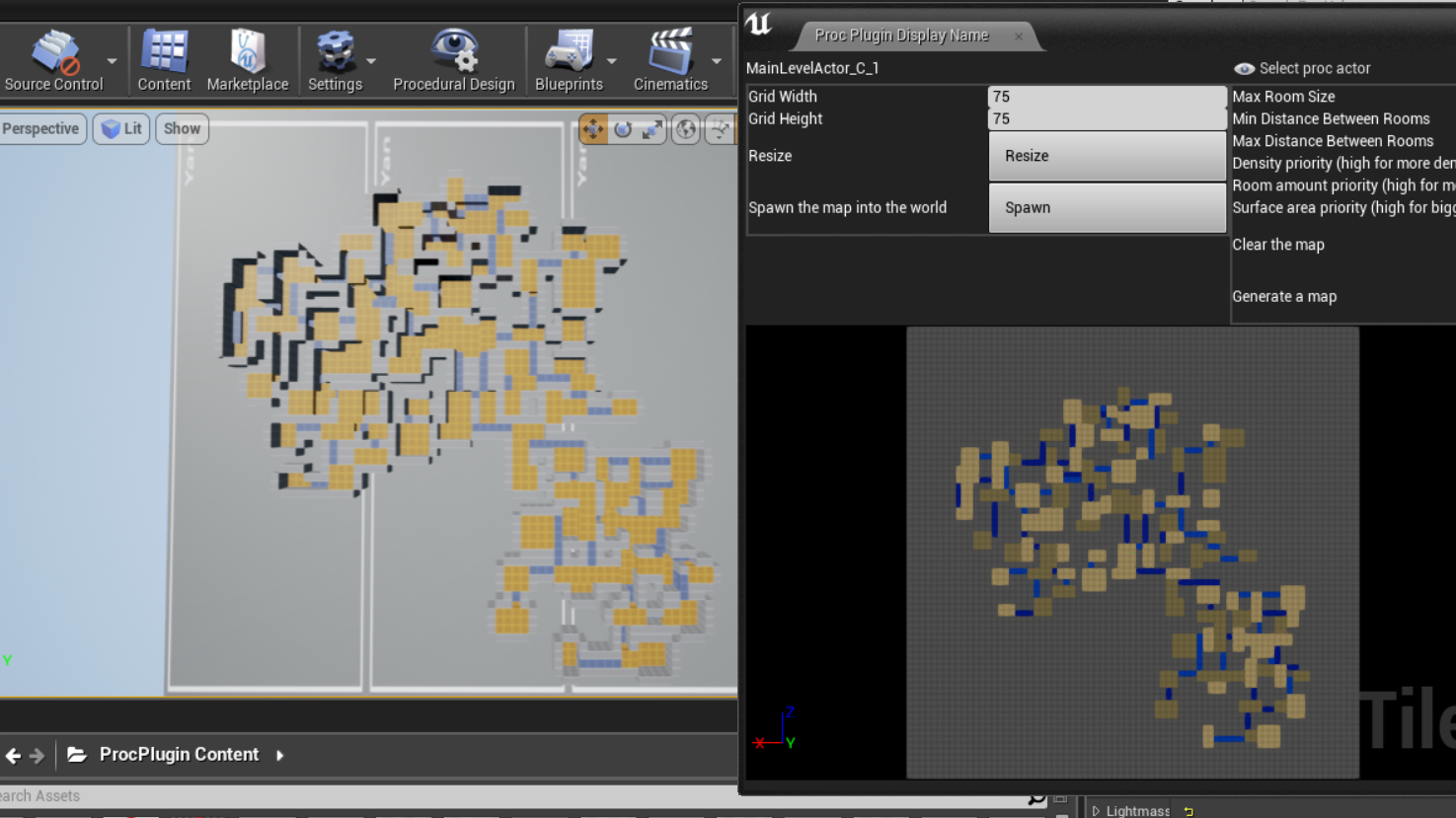 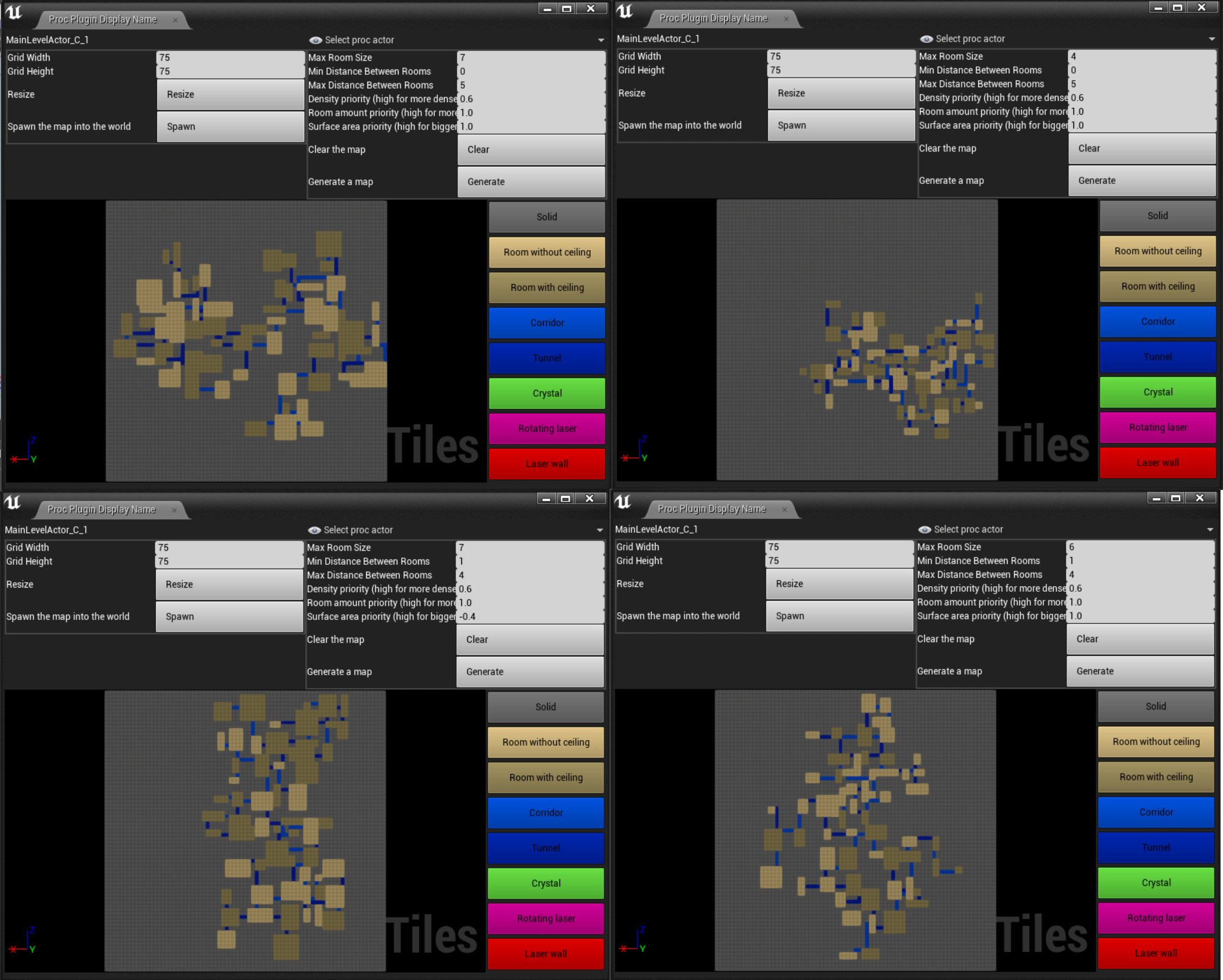